Ark / Our Board / Stacy R. McClelland

As a Group Talent Acquisition Manager for Enterprise Holdings in Philadelphia, Stacy McClelland oversees the selection and hiring process for the company’s Alamo Rent a Car, Enterprise Rent-A-Car and National Car Rental brands. She staffs for multiple lines of business including Car Rental, Truck Rental, Car Sales as well as Fleet Management in Southeastern Pennsylvania, Delaware, and South Jersey. McClelland has been recognized for her performance as an exceptional achievement award winner within Enterprise and a Tribute Award recipient within Eastern Association of Colleges and Employers.

McClelland began her career with Enterprise as a Management Trainee Intern, while earning a bachelor’s degree in Labor and Industrial Relations from Pennsylvania State University. She then was promoted into the Recruiting department almost 20 years ago and has worked her way through various roles within this team, now overseeing all of Talent Acquisition. McClelland earned her PHR certification from Villanova University, and later earned her SHRM-CP as well. In 2010 McClelland continued her leadership experience within EACE as the co-chair of the Annual Conference and in June 2012 McClelland was elected to the Board of EACE as the Director of Employer Member Services. In 2018 she then became the President of EACE and led this organization through a 3-year term.

In 2014 McClelland was also elected to the Board of the Greater Philadelphia Veterans Network and lead the Employer Council. She stayed active until 2017. Engaging, educating and hiring Veterans is something that is important to McClelland and she is proud and excited to be a part of the GPVN Board again. McClelland has also been involved with multiple advisory boards at a few local schools in Philadelphia.

McClelland and her husband Bob McClelland of 19 years have three children and reside in Skippack, PA, where she sits on a local youth sporting board. 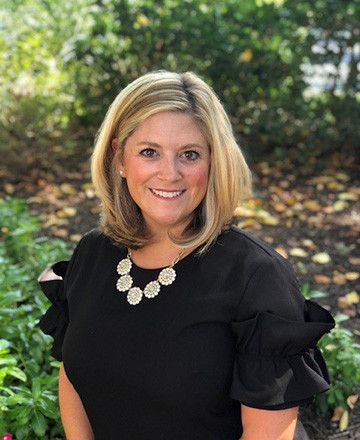