Ark / Our Board / Erica Webster

Erica Webster is the founder and CEO of Dub Fitness, a women’s fitness center located in King of Prussia, Pennsylvania. In addition to managing the day-to-day operations of the center, Erica consults with local business on employee health and wellness, women’s empowerment in the workplace, and leadership development. She is extremely active in the veterans community and sits on the Board of Directors of The Greater Philadelphia Veterans Network.

Previously, Erica was a Staff Sergeant in the United States Army. She spent the entirety of her seven-year career in the Military Police Corps, serving as a military policewoman, squad leader, and finally as an operations non-commissioned officer. During her time in the military, Erica was deployed to Iraq, Korea, and Guantanamo Bay.

After her service in the Army, Erica vigorously pursued her passion for health and wellness education and received a Bachelor of Science in Kinesiology from West Chester University. Erica lives in Philadelphia, Pennsylvania. In her spare time, she enjoys living a healthy lifestyle, spending time with family and friends, and volunteering in her community. 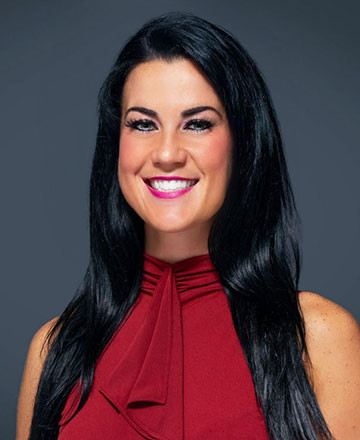