Ark / Our Board / Edward Carr

U.S. Army Sergeant First Class (Ret.) Edward Carr is the Senior Project Manager, Military and Veteran Affairs at Comcast NBCUniversal. In his role, Ed manages the company’s external partnerships with governmental and non-profit veteran-focused organizations as part of Comcast NBCUniversal’s broader programs and outreach in support of the military community. Ed also focuses on assisting talent acquisition in the recruitment and retention of members from the military community.

Ed’s military career spanned twenty three years active duty, as a combat medic and then a medical recruiter, as well as overseas combat and humanitarian deployments to the Middle East and the former Yugoslavia. His military service was recognized with numerous military awards and commendations, including the Meritorious Service Medal with 6 oak leaf clusters, the Combat Medical Badge, The Air Assault Badge, and the Glen E. Morrell Order of Recruiting Excellence Medallion.

Ed’s work at Comcast NBCUniversal has been instrumental in the company being recognized as a private sector leader in military hiring and community outreach. In 2017, Comcast NBCUniversal among the 15 recipients of the 2017 Secretary of Defense Employer Support of the Guard and Reserve (ESGR) "Freedom Award," the highest honor the Department of Defense awards to employers for support of their National Guard and Reserve employees. The company was also recognized as the nation’s number one military spouse employer by Military Spouse magazine, and has been ranked in the top 10 of several lists ranking the best employers for veterans, including Military Times, G.I. Jobs, and Diversity Inc.

Ed holds a Bachelor of Arts in Human Resources from Southern New Hampshire University; and is currently working on his Master of Operations and Project Management, with graduation expected in April 2019. He lives in Cherry Hill, New Jersey, a suburb of Philadelphia, with Kristi, and two children. 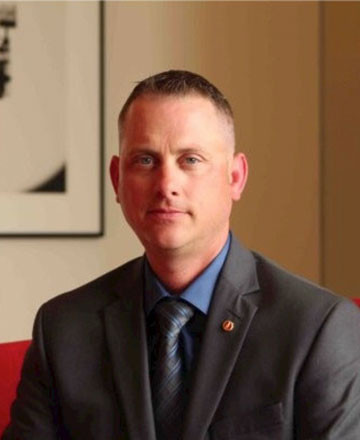